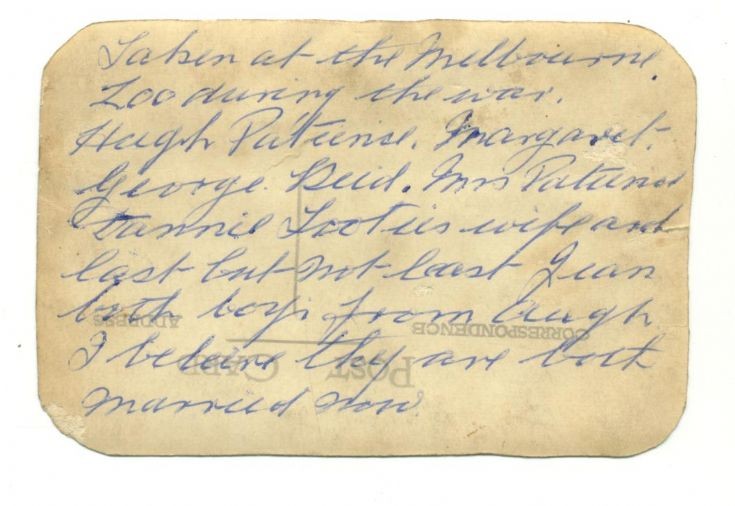 This is the back of the photo my newly discovered cousin Alister Jack sent me the day before Mothers's Day of my Mother and Grandmother. He only knew they were family of his Granny Mary Reid and that it had been taken at Melbourne Zoo during early WW2. By amazing coincidence they turned out to be my family too. Melbourne to Avoch, Avoch to Holland,then back to Australia after 70 years. It's a very small world.
Picture added on 18 July 2010 at 12:52