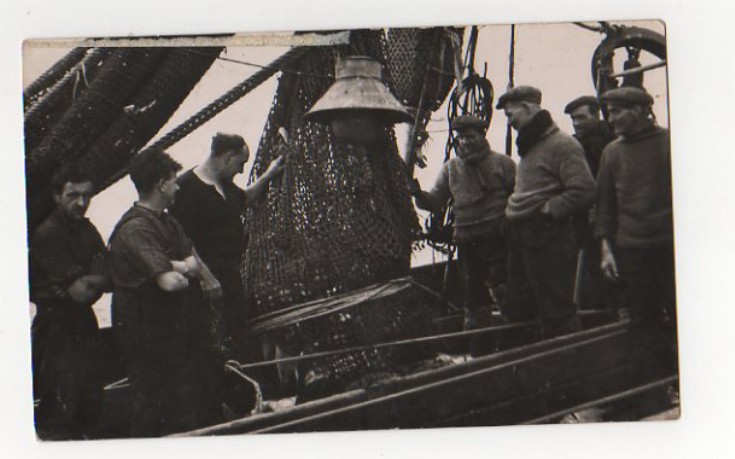 The fisherman 3rd from the right is my Father David Jack who was born at 5 Factory Lane. This was taken in Fraserburgh Bay in 1948. He was Skipper of the trawler Avondee and they had taken up a mine in the nets. One young reporter who had been allowed on board asked my Father if the mine was live. When told it was he ran to the stern of the boat only to be told if it goes up we will all go with it.
Picture added on 18 October 2010 at 08:12
This picture is in the following groups
Fishing Boats