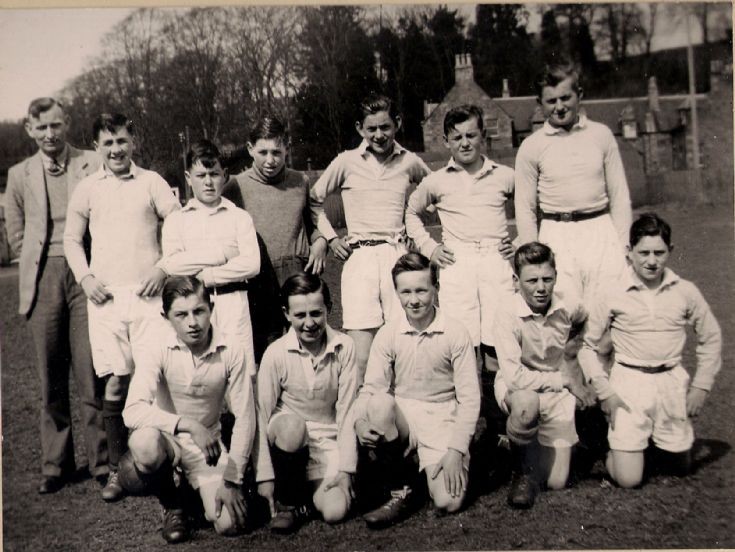 View Large Version
Picture added on 16 February 2011 at 10:32
Comments:
Great to see the photo of my Mum's cousin Vince Jack here. I have sent an email to his daughter in Sydney to tell her it's on here. I think there are other relations here too. Great photo. Thank you Isobel.
Added by Ann Duggan on 16 February 2011
How lovely to see this pic of my dad (Dodo Jack) as a young boy. He died before I could hear all about his football days. Keep the photos coming!
Added by Evelyn Jack on 01 March 2011
Thank you Isobel for posting this photo of my Dad, Vincent Jack. I have seen it before but many years ago. I don't have it in my collection but I can now save it, thanks to you and Ann Duggan {- for letting me know}.
[Editor's note: I've added a much larger version Heather - click the magnifying glass]
Added by Heather Jack on 11 March 2011
i have photos of dodo ! my dad was george jack ,(spurge) brother of simon, sandy, bobby, annie ,nannie and bella , dodo was my cousin , if its the same one ? but looking at the photo i,m sure it is !my dad george and uncle simon moved to girvan ,ayrshire .
Added by Margaret Andrew Nee Jack on 18 August 2011
Margaret I would love to see any pic's you have of dad. I only have one or two and have no contact with any of his family but I have got the address of his sister in Oz recently.
My home email is Ev1ejack@btinternet.com.
Added by Evelyn Jack on 30 October 2011
no prob cus, I,ll send you them via your email x
Added by Margaret Andrew Nee Jack on 31 October 2011