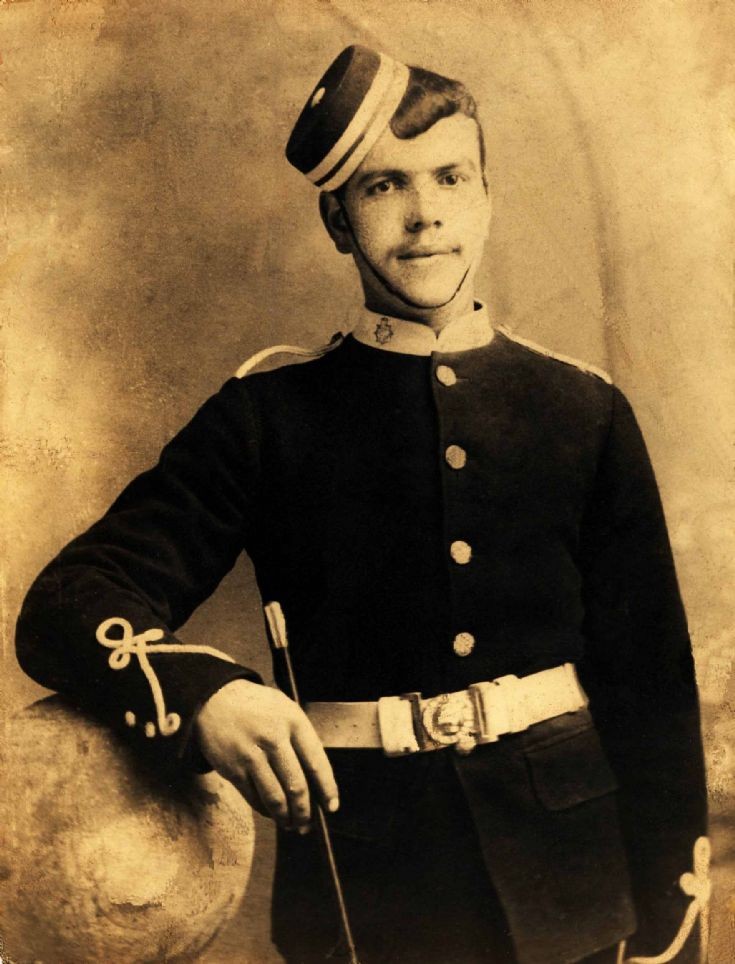 This is my grandfather Donald McLeman who was born in Avoch 1883. He left sometime before the first world war. He lived at 22 Dock. His name changed to McLennan at some point. He settled in Lanarkshire and died in Motherwell. Does anyone know what regiment this uniform belongs to? Pre 1914 Say around 1903 if he is about 20 in this picture. It's hard to tell.
Picture added on 21 December 2009 at 14:08
This picture is in the following groups
The McLemans
Comments:
John,
If you haven't found out by now which regiment Donald was in, I think he was in the East Surrey Regiment and around that time they were in India and the other battalion was in Jersey/Plymouth.
there are three Regiments in the Army with similar badges, The Devonshire Reg and the Queen's Royal Surrey and Kings Dragoons which I have discounted because of slight differences to the collar badge Donald is wearing.
Google East Surrey Regiment cap badge,

Regards
Jim Patience, (my family lived at 25 Dock)
Added by Jim Patience on 06 February 2012
Thanks Jim
That's a great help. I will now do some more research.
Added by John McLennan on 07 February 2012
Hi Jim
Armed with your information, I have found him in the Army Service Corps in Aldershot Census 1901.
Still using McLeman, he must have changed it after he left the army.
The above cap was changed that year.
Thanks again for your help
Kind regards
John
Added by John McLennan on 08 February 2012