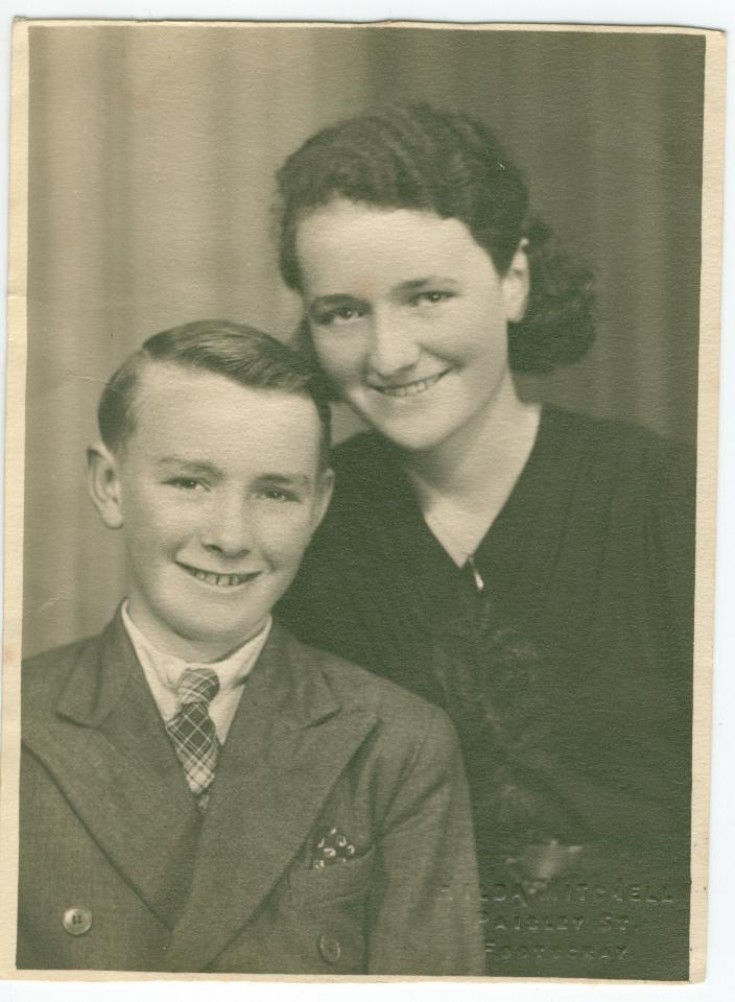 This is my mother Margaret MacLeman and her brother David taken in 1942. Her parents were Jane(nee Jack) and William MacLeman(McLeman) who came to Australia from Avoch in the early 1920's.
Picture added on 28 December 2009 at 04:39
This picture is in the following groups
The McLemans
Comments:
Gorgeous photo. Is it possible you could give me DOB/Mariage for Jane Jack and William McLeman?

Thank you. Maggie
Added by Maggie Mackenzie-Goodman on 31 January 2011
Hi Maggie. My Grandparents Jane Jack and William MacLeman were married on 7th March 1925 at the Congregational Church in Williamstown, Melbourne, Australia. My Grandmother left Avoch in 1924 and went on the P&O Liner Barrabool from London to join my Grandfather who had already come to Australia as a crew member of the Balranald.
Added by Ann Duggan on 01 February 2011
Hi Maggie, I must be a bit dull but I only just realised now that you asked for DOB of my Grandparents. So sorry I didn't pick up on that earlier. My Gran was born 26 May 1902 and my Grandad was born 13 Jan 1895. Grandad's Mum Margaret Jack died when he was 10 days old and his mother's parents Simon and Isabella brought him up.
Added by Ann Duggan on 13 June 2011