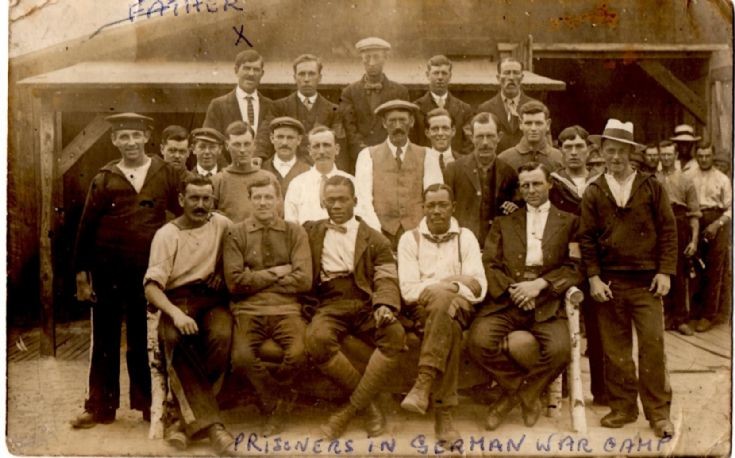 David Sutherland of 4 Margaret Street (back row, far left) in German POW camp 1918. As a Royal Naval Reservist, my grandfather was called up in 1914. He served as a gunner on the armed merchantman, SS Mascola, which was sunk by two German destroyers in the North Sea, with only 8 crew surviving. The clothes he wore in this photo were provided for propaganda purposes - and immediately taken back by the guards. The two prisoners front row centre are American sailors.
Picture added on 15 June 2020 at 11:59