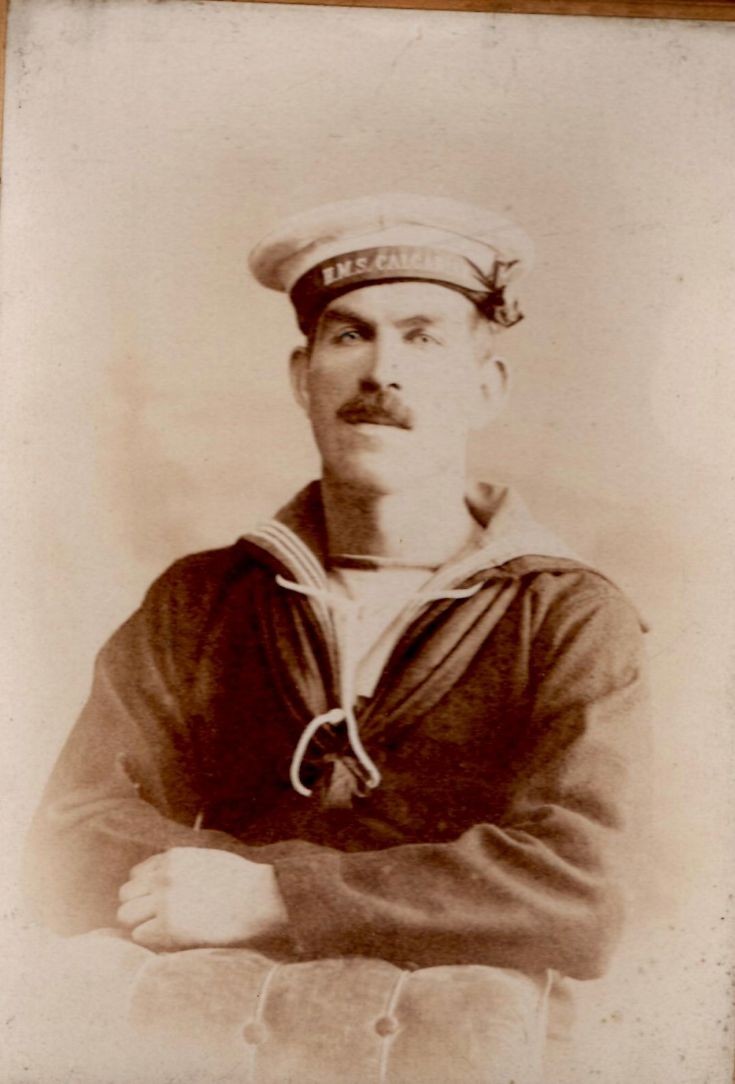 Taken in 1914, this photo shows our Grandpa, David Sutherland (1882 - 1965) of 4 Margaret Street. He was called up, like many Avoch fishermen, as a Royal Navy Reservist at the outbreak of World War 1. He served mainly on convoy duty in the North Atlantic on the armed liner HMS Calgarian, then as gunner on the 'defensively armed' SS Mascola. It was sunk by two German destroyers in the North Sea in March 1917. He was a POW in Germany (see accompanying picture) until early 1919.
Picture added on 15 June 2020 at 12:08