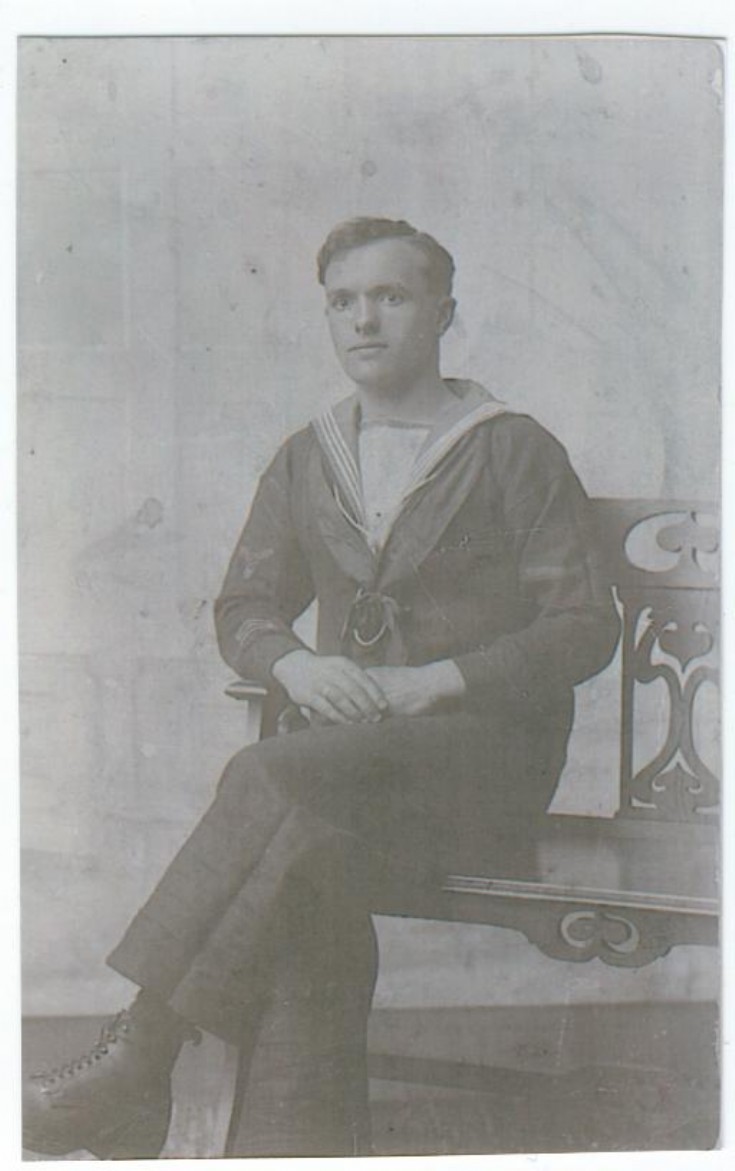 This is my grandfather William MacLeman born Avoch 1895 son of Donald McLeman and Margaret Jack
Margaret died when Grandad was 10 days old and he was brought up by her parents Simon and Isabella Jack (nee Patience) of 9 Shore Street Avoch. This would have been taken about WW1. Grandad and my grandmother Jane Jack migrated to Australia separately in the early 1920's and were married in Williamstown Australia in 1925.
Picture added on 19 December 2009 at 17:45
This picture is in the following groups
The McLemans
Comments:
Isabella Patience was the name of my great great great grandmother born in Avoch, circa 1818. she married Donald Macleman (b.1777) of Rose Cottage, Avoch.

While this is obviously not the same Isabella or the same Donald, I am interested that your family names include Margaret and Donald, as 'my' Donald married twice, his first wife being Elspeth Hood born circa 1812 in Avoch. They had two children, MargaretB. 1831 and Donald b.1833.

Would these people be in your ancestral line?
Added by Helen Lamont-Wood on 29 April 2010
Regarding my previous post: Isabella Patience was the name of my great great great grandmother born in Avoch, circa 1818. She married Donald Macleman (b.1777)of Rose Cottage,Avoch."
Donald was actually born in 1813, I skipped a generation.My apologies!

I was also wondering if you knew the link between the Macleman family and the Lamont clan. My Great Great grandfather George changed his surname to McClymont and the family story has always been that we are Lamonts originally. Do you know anything about the Avoch Maclemans being originally Lamonts?

Added by Helen Lamont-Wood on 29 April 2010
Hi Helen, I am glad we have now met by email and have a better idea of where our families are related.
As for the names changing I have noticed that it was only when the people left Avoch that the names 'changed'. I have formed the idea, and I could be wrong, that the clerk in the new area just wrote down the name on the marriage or birth record as he thought it sounded. Right up to nearly 1900 most of my family members signed by 'their mark' and were illiterate so they wouldn't have had a clue what the clerk wrote.
As for the Lamont clan I don't know anything but I do know only about 30 McLains or 'MacLeans' of 180 survived being killed by the British troops at Culloden and I have always wondered if they were hidden by local people and then some married in the area as they were banned from returning to their lands. Historians would probably have a better idea of that.
Added by Ann Duggan on 02 May 2010
I have been having a look at the name McLeman after a few comments posted on the Cromarty archive queried the Maclemans link to the Lamont Clan. It is interesting to note that two of the French Hugenot names that appeared in Ireland after the diaspora from France were Le Mann and Leman. Some contend that 1. the MacLemans originally came from Ireland and/or 2. The Maclemons were orginally "thrown out of France" according to one family story. It would take very careful tracing using Primary records to find out the truth about the Macleman history, and hopefully it will be done one day. If I had the means I would do it myself! My grandfather always contended that his family 'went back to the 14th Century' and that we were from the Lamont Clan - his grandfather even changed his name to MacClymont from Macleman, I presume on the strength of this.
Added by Helen Lamont-Wood on 04 May 2010
My sister has since sent me a copy of writing on the back of the original of this photo. On the back it says 'William MacLeman HMS Agincourt 1914- 1919.
My Uncle David told me that my Grandfather told him of being at the Battle of Jutland on the Agincourt and when asked what it was like he said "Boom, boom, boom, boom." I would imagine that from the engine room that would indeed be his main recollection as I read that the Agincourt had massive guns that when fired shook the whole ship.
Added by Ann Duggan on 07 August 2011
Comment about Margaret McLeman who was born 1831,she married my gt.granfather William Skinner,who was born 28th nov.1822,she was his second wife and was stepmother to my bouba and siblings,they had 2 children William b.7April 1868,and Betsy b.26 Oct.1870
Added by Kathleen McGeorge ,nee Skinner on 08 May 2019