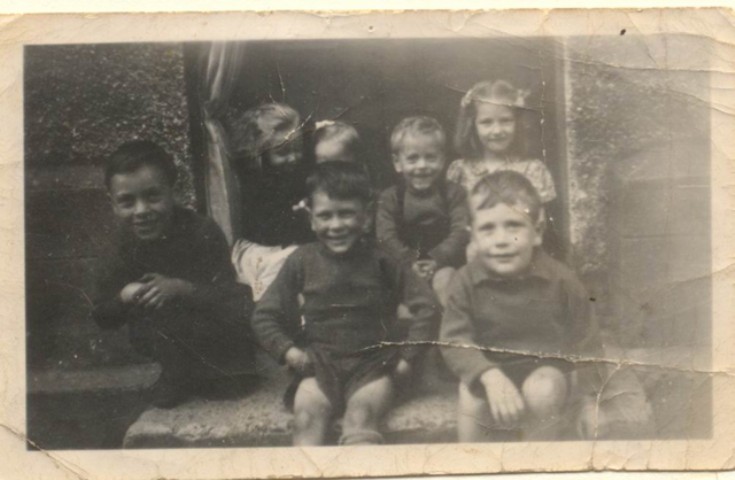 On the doorstep of Colin MacArthur and Etta's house in George Sreet.

My cousins Annabelle and Anita Jack up from Edinburgh, then that's me in the middle, then Annette MacArthur.
At the front, my brother John Main, then my cousin William Jack, who lived at Tighnamara, and my cousin Robert Jack, son of my uncle Robby.