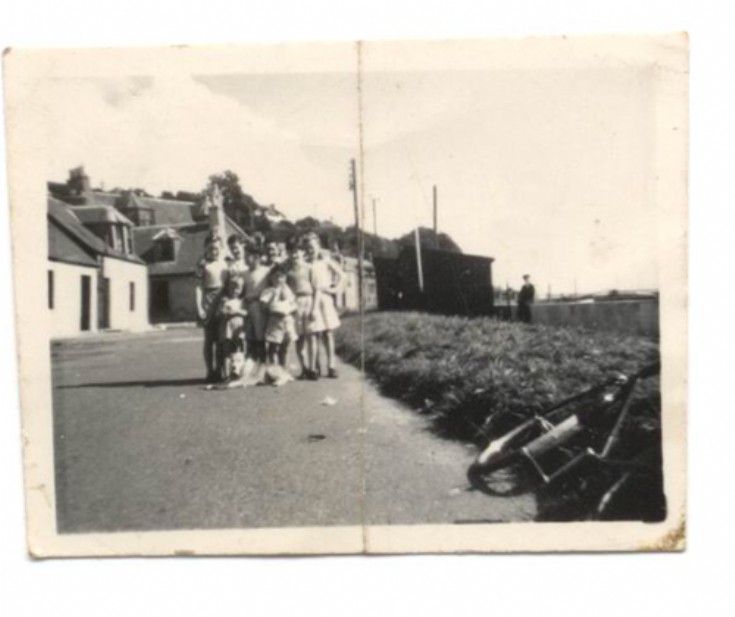 This group photo was taken on a very small film roll, Kodak 827.

At the back, Jim Jack, Lewis MacLeman, and Lewis Patience. Just in front of the two Lewis's is Sandy Patience with his brother Danny at the front right.
Front left is Ronald MacDonald, and the taller boy on the right is Norman MacLeman on holiday with his family in John Street. Our dog Cheetah also, with a tin in its mouth as always.